One of the most rewarding aspects of being a portrait photographer is meeting remarkable people with inspiring stories. Periodically we want to share sessions that have a particular visual, emotional and motivational impact on us.  A recent military portrait session brought these together for us. 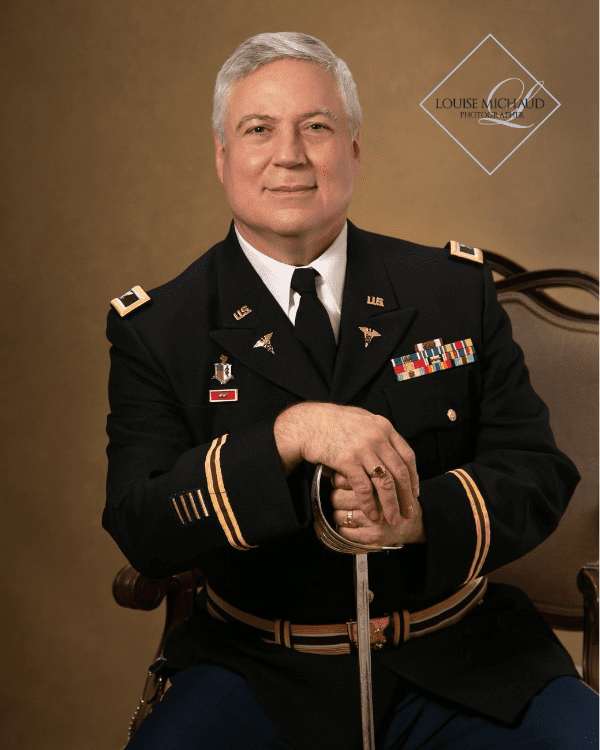 Kevin had just retired from the Army as a well decorated Colonel and wanted a portrait in his full dress uniform to commemorate his career. Serving as a Commander of the 883rd medical detachment, he was promoted to  Chief Army Occupational Therapist. His pride for that uniform and what it meant to him was deeply inspiring. 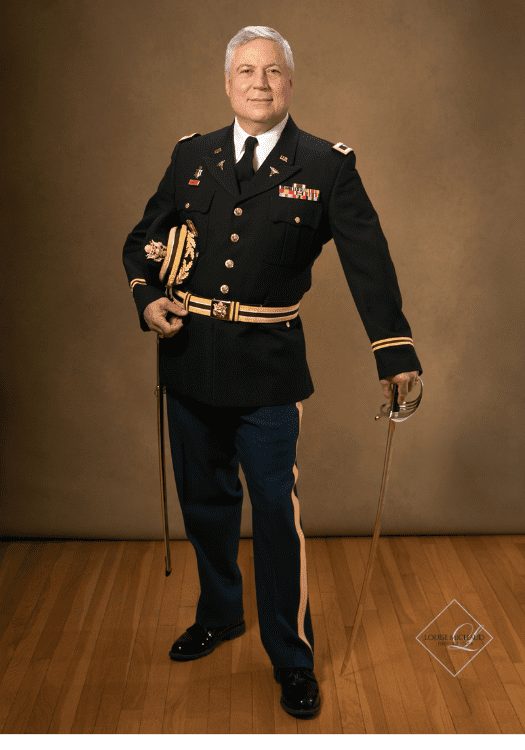 Kevin had a long lineage of military service in his family spanning generations, but his journey would be different.  Kevin’s passion for helping others led him to the medical field. By the age of 40, he had established a successful medical practice.  However, there was something missing.  He felt a calling to serve his country and knew that he could use his skills for the good of those that defended it.  The legal cutoff age for joining the army was 42.

Getting in just under the wire, he served 2 tours in Iraq. 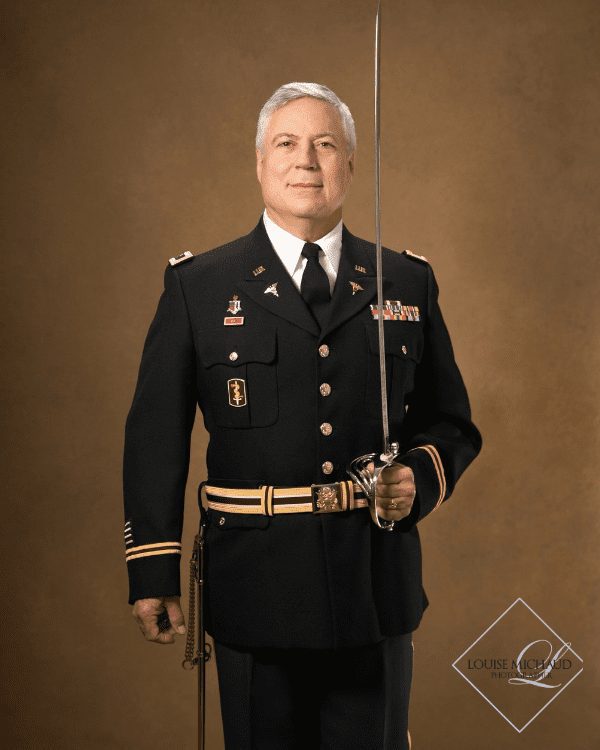 Kevin’s personality was magnetic.  His humility and leadership skills were evident as we got to know him during our session planning.  The relationship we formed with him as well as his succinct manner made it refreshing to work with him. 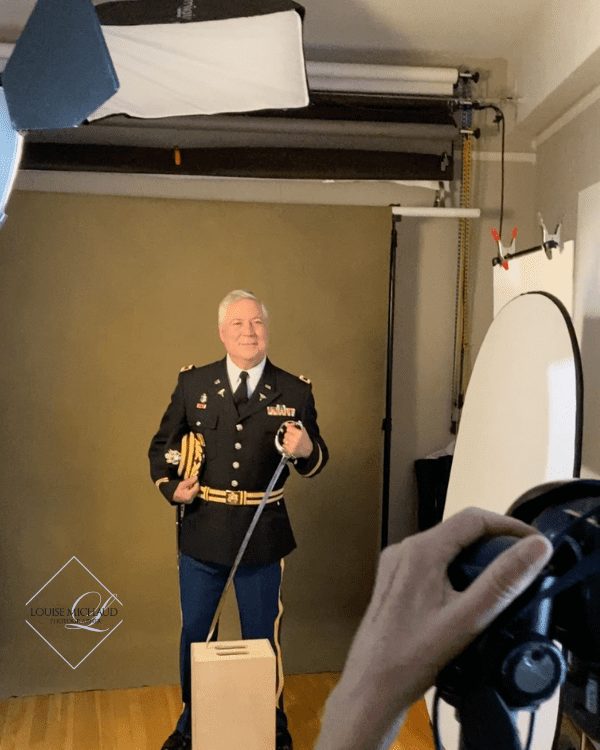 After the session Kevin spoke at some length with enthusiasm and pride about the meaning of the “fruit salad” – the rack of medals that each soldier has on their dress uniform.  In this interesting discussion, we learned that almost every country has some form of the “fruit salad,” and most soldiers can immediately identify the symbolized service and accomplishments at a glance!  ( Wiki Ribbon Rack ) 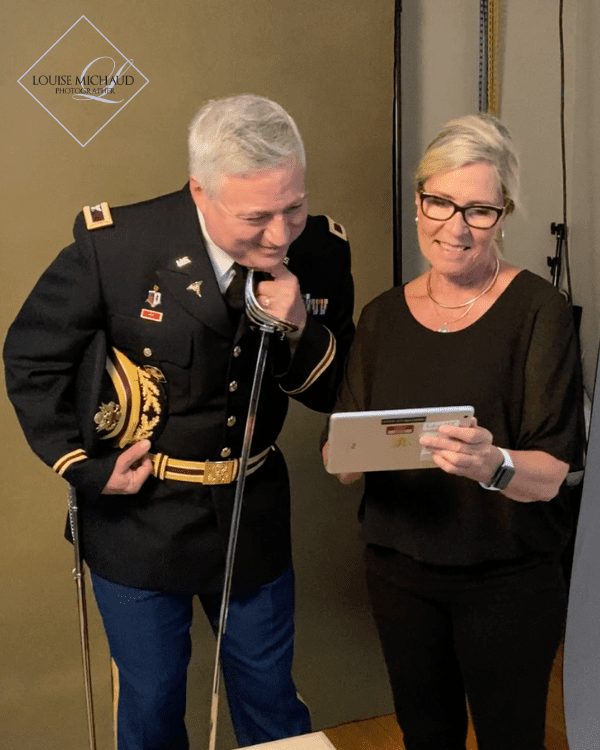 In the end, we were honored to commemorate Kevin’s impressive story of accomplishment and continued military service lineage.

We are all exceptional in some way.  Everyone has a story.  Capture yours with a professional portrait that will be passed down through generations.

Check out some of ours here: Portraits